What a fantastic weekend of Quarter Final action at the Rugby World Cup. One blow out, one upset, one that went to the wire and the last game of the… 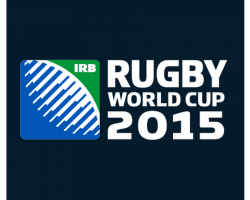 What a fantastic weekend of Quarter Final action at the Rugby World Cup. One blow out, one upset, one that went to the wire and the last game of the weekend which in my opinion was the best game of the tournament so far.

As JK Rowling wrote in the Harry Potter series, I’ll ‘open at the close’. Scotland v Australia had everything, eight tries, a yellow card, controversial decisions and a game that went to the death. To be honest, I felt that the call be Craig Joubert to incorrectly award a penalty was just one of these things. At the time, I thought it was the correct call, but I was 50m away in the stand not less than 5m away. I only got wind of the controversy when I started to get texts from outside the UK (New Zealand and France) about it. It was a mistake by Joubert, as was the decision by Jon Welsh to pick the ball up, but I would have done the same, as it is an instinctive reaction, and not a predetermined act to prevent Australia getting the ball, so at worse should have been an accidental offside, but it is the referee’s call.

I felt there was more important errors in Joubert’s game in the latter part of the second half, which probably played a greater part in Scotland’s defeat. The decision of Joubert to not penalise the Australian scrum in the last two scrums, after that collapsed (having penalised them on four occasions previously), instead directing Greg Laidlaw to play the ball. This resulted in possession going to Australia, rather than a lineout to Scotland at the other end of the pitch. Also, how many scrum penalties are required for a yellow card! The other decision that I felt was a mistake was not looking at the late hit on Stuart Hogg by Drew Mitchell. On the replay Mitchell wasn’t even in the camera shot when Hogg cleared the ball, and Mitchell turned his body into him. This was not the first late hit as Fin Russell had experienced a couple earlier in the second half. As Laidlaw said about the Australian penalty, and applies here, we have used the TMO for everything else! The TMO got involved in a yellow card for Sean Maitland, it was a debatable call but could have gone either way, but was seen as foul play! Why then, when foul play was alleged for the offside at the knock on (it is deemed as foul play), did the TMO not get involved and say, you have got this wrong! Joubert was watching it on the screen as the penalty was lined up and didn’t do anything! Did the TMO say something?

That comment may seem provocative, but it would explain why RWC have hung Joubert out to dry! I found that decision to state that Joubert was wrong was strange in the extreme and did nothing for the game and set a worrying precedent. Could it be that Joubert had over ruled the TMO, and his call turned out to be wrong? This may explain why Joubert did an impression Usain Bolt at full time.

Having said that if Scotland hadn’t had a Robshaw moment and butchered their own throw, they would more than likely have had a shot at Argentina for a place in the final. I can understand them going for the tail of the line with the throw as they had lost one and had one spoilt by the Australians in the previous three, so something different may have been the correct call. In the end Australia were the better team and deserved to go through. What was fantastic though was the chant of Scotland reverberating around the home of English rugby by the vast majority of the crowd. It was something I never thought that I would experience.

As for the other games, New Zealand showed they might be the team to beat. As good as they were, after Freddie Michalak went off, the whole French game plan went out the window, and France did what they often do and self imploded. I thought that if New Zealand were to lose this would be the game, as they haven’t been tested since the Argentina game on the opening weekend. Wales were almost there, but didn’t manage to get the crucial advantage that would have put South Africa under the extra bit of pressure that often see them crumble. Considering how many injuries that Wales have had, I think they got closer than they expected, and deserve great credit for all their performances. The Irish defeat wasn’t that big a surprise to me, as I had Ireland to win by less than 5. What I didn’t expect was the size of the defeat. It didn’t reflect the nature of the game, but it did show what getting a lead by more than a score can do to both your confidence and the game plan of your opponents. Argentina showed for a full game what they have displayed in parts of their pool games, backing up their performance when they beat South Africa in Durban. Their inclusion in the Rugby Championship has reaped major benefits, and they will only get better with a team being included in the extended Super Rugby. Many of their players are returning home, so the international team, will have players predominantly from one club. Not that it works from two clubs in Scotland,

So next weekend the semi-finals. I think New Zealand will beat South Africa. The other game is to close to call, but if pushed I will go for Australia…….. by two points.