This weekend British Universities and Colleges Sport (BUCS) host the first of their three swimming events (November 11-13th). The short course championship at the Ponds Forge, Sheffield. There are over… 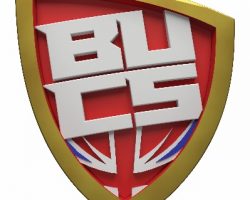 This weekend British Universities and Colleges Sport (BUCS) host the first of their three swimming events (November 11-13th). The short course championship at the Ponds Forge, Sheffield. There are over 1600 individuals competing including 14 Olympian / Paralympians.

BUCS Swimming has achieved what has been a long term goal of the Sports Council and Sport England at one event. They are promoting sports participation at the same time as allowing elite athletes to gain valuable competitive time.

The participants and Universities range from the elite athletes from Bath, Edinburgh, Loughborough and Stirling, to participation teams such as Bangor and Reading. While the bigger universities bring the larger teams, many swimmers use the event to keep themselves involved in competitive sport.

While the long course championship in February has a higher profile due to it being an Olympic / Paralympic event, many elite athletes are still involved in the build-up to the FINA World Short Course Championship being held in Windsor, Canada at the start of December.

This BUCS swimming has also help develop many Olympians through the University programme. Often national level swimmers drift away from the sport when they leave home and move to University. James Gibson (World Champion in 2003 in the 50m and 100m Breaststroke), only joined the Athletic Union as a social member when he went to Loughborough in 1998. During the academic year he was convinced to give swimming another go after taking part in the BUSA (previous incarnation of BUCS pre 2008) events that year. If it wasn’t for the University sport, there was a good chance that James would have been lost to the sport.

The swimming event is one the biggest individual sport events that BUCS host, and along with rowing engages a wide range of athletes. With the concern about obesity and lack of activity of young people, the work that BUCS cannot be underestimated. They allow students to be competitive throughout their University life in a wide range of sports. Those who are elite and excel then have the opportunity to compete at the 2nd largest multi-sport event after the Olympics. The World University Games, which are held every two years allow the students to display their ability in a multi-sport format of 13 compulsory disciplines and three optional, which are chosen by the host. So BUCS have achieved both the goals of the government agencies looking after sport and physical activity in the UK. Mass participation and elite level.

British Universities & Colleges Sport is the national governing body for Higher Education (HE) sport in the UK, organising leagues and competitions for more than 150 institutions across 52 difference sports. BUCS offers programmes to athletes from a grass roots level through the Commonwealth and Olympic Games hopefuls.