Last year I wrote about the FA Cup being devalued (Feb 2016) by the Premier League with their scheduling of fixtures on the Thursday before the 3rd Round. This devaluation… 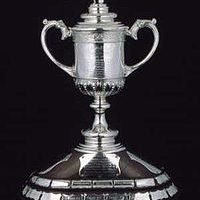 Last year I wrote about the FA Cup being devalued (Feb 2016) by the Premier League with their scheduling of fixtures on the Thursday before the 3rd Round. This devaluation seems to be catching. The Scottish Premiership (SPFL) decided to schedule a whole round of fixtures on the middle weekend between the 4th and 5th round of the Scottish Cup. This may seem a minor inconvenience, but with many games now being all-ticket, any replay following the matches would have to be played the following week. This is what happened last week.

Following Declan McManus’s equaliser in the 89th minute against Hearts on Sunday, Hearts had to reschedule the replay for the following midweek. Considering that Tynecastle is undergoing the building of a new main stand, this was a logistical nightmare. What I don’t understand is why the SPFL decided on that midweek for this round of fixtures. Last midweek would have been fine with no European embargo on place so the games could have been played there. That is what the English Leagues have done, with a complete program next midweek following this weekend’s 4th Round. What is interesting is that Hearts opponents next midweek (which is on satellite television), Rangers, only secured their place in the dying embers of their game. Had that ended a draw, it would have been highly unlikely that they would have been able to play their replay last week due to the size of their support and the guidelines set put by Police Scotland. It does make you wonder whether the SPFL really care about the Scottish Cup (an SFA run competition).

Having said that, the English League have come into criticism for their decision to put a full program in the week following this week’s FA Cup matches. What is a common theme, is that the bigger clubs are playing weakened teams on the Saturday as they feel they have bigger issues with regards to league position to fight for in the following few days. This could be the teams pushing for Champions League (Liverpool being knocked out by Wolves), or trying to avoid the trapdoor out of the financial monster that is the Premier League. Even more so, the teams in the Championship fighting it out for promotion. While it is not an ideal scheduling, it is better than the SPFL’s decision to play matches in the middle week of 3!