So the British and Irish Lions have lost their first game of the 2017 tour of New Zealand. This occurred in the aftermath of what I feel is Warren Gatland’s… 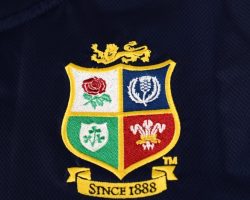 Could Gatland’s Ire Be Pivotal

So the British and Irish Lions have lost their first game of the 2017 tour of New Zealand. This occurred in the aftermath of what I feel is Warren Gatland’s first and potentially tour defining mistake He got defensive and agitated about criticism about the style of play by the New Zealand media. By doing he has played straight into the hands of the media. Letting the media get to him so early is astonishing, especially as a Kiwi himself he knows how it works there. The NZ media will do anything to get under the skin of the opposition, and they do it so well. So taking the bait and talking about his gameplan (after one game), and looking antagonised by it after only one game, might come back to bite him.

It reminds me of the 1990 Grand Slam decider between Scotland and England at Murrayfield. England had swept all before them scoring tries for fun in the last ¼ of the game, while Scotland had played well to be undefeated going into the match. In the build up to the game, Scotland kept going on about how the free flowing England team was going to be hard to stop. While in fact England had done the hard work, grinding down the opposition in the first 50+ minutes, to then play an expansive game later on. They scored 11 tries and 83 points conceding only 13. This I felt created some confusion in the English set up, as they tried to play the expansive game before they had done the hard work. This allowed Scotland to spoil the English game and achieve a famous victory. Could this be a ploy of the NZ media.

While the performance in the first game against the NZ Provincial Barbarians wasn’t great, they got the result the wanted. There was some criticism about the backs trying to force things, but I feel they were let down by the forwards who didn’t give them go forward ball, and when they had it they kept playing tight lines. This is what has been dubbed ‘WarrenBall’. It is very similar to the way that Wales have played during the tenure of Gatland. This is mostly complemented by no Plan B, which seemed to be the case on Saturday. The reasons given for the performance (or lack of) were understandable. Jet Lag and preparation time. The issue that I have with this is that the jet lag shouldn’t have been an issue. They arrived three days before the game. As none of the players involved in the PRO-12 and Aviva Premiership Finals, two weeks previously, were to be selected, the squad for the first game could have flown out at least four days earlier, giving them seven days acclimatisation. Having done that flight frequently, while not ideal, the extra 4 days would make a major difference. Was it a lack of forethought, or if I am being cynical, a pre-emptive stick to beat the players that started the game being the ones that Gatland doesn’t want to start the tests. Though the performance against the Blues, may have put the cat amongst the pigeons.

What is worrying is that the Blues are the least successful of this seasons NZ franchise, and came off a game last Friday. This should be caveated by saying that the other four are all in position to gain a playoff position at the end of season, so it isn’t that unsuccessful especially as they would are rated 8th out of the 18 teams.

The task for the Lions doesn’t get any easier, as they play the Crusaders on Saturday and are currently unbeaten in 14 games, including coming from behind against the Highlanders on Saturday with a last minute drop goal. In that game there was a high number of turnover steals from both sides, and it is this aspect that the Lions should be wary. If they do intend to play a tight driving game, there is nowhere where the teams can disrupt this tactic than in NZ. And when they do they are the best in the world at then turning the turnover into tries.