Scotland’s two main sports teams had different levels of success on the International stage this weekend. The Rugby Team having a good transition of Head Coach with Gregor Townsend carrying… 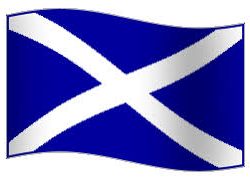 Scotland’s two main sports teams had different levels of success on the International stage this weekend. The Rugby Team having a good transition of Head Coach with Gregor Townsend carrying on the good work of Vern Cotter in his first game in charge of the Scotland, while the football team coming within 2 minutes of inflicting England’s first qualifying match defeat. England had not lost in the last 34 qualifying matches and were close to defeat when Harry Kane popped up to equalise in injury time at Hampden.

Starting with the rugby in Singapore. When a new coach takes over at international level, you are always wary that there will be a blip in performance as the team learn new philosophies, drills and tactics. So far this seems to have been seamless, partially due to so many of the current squad having been his players as Head Coach of Glasgow Warriors. The inventive attacking that Scotland displayed from the start was pleasing, but the old failing looked to still be there. Failure to turn pressure into points. Having good phases of possession only for the odd error to prevent them crossing the whitewash. So when Scotland scored 3 tries in the five minutes either side of half time, the game changed completely. The clinical way that the tries were scored was very New Zealand-esque. As for the second try in injury time, it was as good a try as I have seen Scotland score. What was worrying was that Scotland conceded two tries, when Italy had very little territory. This from a team that only scored six tries in the whole of the Six Nations. Against a stronger side, as they will find against Australia next Saturday, they can’t allow the opposition to score with as little territory/possession. Next week will be the litmus test (I know it will only be two games into Townsend’s tenure), but how they perform in Sydney, will give a good indication of the direction that Scotland is going in the build-up to the World Cup in 2019. Having had several close matches in the last five years, with all matches being won by one score, and three of them won by a solitary point, I feel that it will be another close game.

As for the football, I feel that it was a chance missed by Scotland. I found the first half very boring and thought that Scotland set up not to lose, rather than go for a win. The midfield did not gel and were largely ineffectual, and Leigh Griffiths was very isolated in attack. This is not the best England team there has been (although their qualifying results suggest otherwise), and the tactics employed by Gordon Strachan I thought were baffling. With the crowd behind them, a more attacking outlook would I feel have payed dividends. Having said that, I felt that England deserved their equaliser from Harry Kane. The set up played into England’s hands who weathered the initial storm, and grew into the game and always looked likely to score due to the better players they have available. The fact that Scotland only had three shots on target at home (albeit two goals, both from free-kicks), confounds the situation. Even when they played more positively in the second half, no clear cut chances were created, and I felt Griffiths was not given the support he needed. Strachan, looked like he was planning to avoid defeat, not to help Scotland reach Russia next year, but so he could keep his credibility. This was a golden chance for Scotland to make a serious statement in the World Cup Group. Yes, they came close, but that wasn’t to do with the game plan, just two good set-pieces. I fear this is another major championship that Scotland won’t be involved in.