So the middle of June and the qualifying rounds for the European Cups have been drawn. This year Hearts won’t be involved and I have to admit that I think… 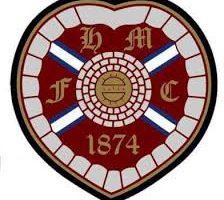 So the middle of June and the qualifying rounds for the European Cups have been drawn. This year Hearts won’t be involved and I have to admit that I think it is for the best. Last season, the third since Hearts exited administration and it had many lows and occasional highs. It started poorly with an early exit from the Europa League, with the team being the first from Scotland to lose to Maltese opposition. This set the tone for the season. By the end of the season, Hearts finished 5th, missing out on qualification for aforementioned European competition. Instead they now play Peterhead, Elgin City, East Fife and Dunfermline in the League cup. At the start of the season, I would have been disappointed in this outcome, but I personally feel that it will give Hearts the best chance to be successful.

To start, I will state that I fully understand and back the ‘five year’ plan to make Hearts competitive and challenging at the top of the Scottish Leagues. There will be high and lows, and blips along the way, but I am willing to back the regime until they hand the reins over to the Foundation of Hearts (https://www.foundationofhearts.org/). Last season, some supporters got frustrated, and I can fully understand where they are coming from, but I feel that Hearts have been victims of their own success. The plan was two years in the Championship, following their point’s deduction and relegation, but they romped it in one year. The next season (2015-16) they qualified for the Top 6 before the split, finishing 3rd and qualifying for Europe. So last season, when the team weren’t playing the forward oriented game plan that they displayed in the first half of the Championship, some fans started to turn on the side. While personally frustrated with the way the season has gone, I am looking at the long game and will judge the club at the end of 2019 season, though we are still in a stronger place than where they  were when they exited administration.

There has been some sort of unrest (from how many it was unclear), since the middle of the season 2015-16, with even a plane requesting the removal of the then manager, Robbie Neilson. Much has been said about the change in manager at the start of December, with Ian Cathro replacing Neilson, following the latter’s decision to take up the manager’s role at MK Dons. Most of this angst centres around the style of play that is employed in matches, especially away from home. However bad it was reported to be, it still had Hearts 2nd in the league at the time that Neilson departed to pastures new. This change led to a downturn in fortunes, though that can be partially put down to the loss of two of the key members of the defence, John Souttar and Callum Paterson. This combined with the departure of two other defenders, had not assisted Cathro in his initial stages of tenure at Tynecastle.

Since Cathro took over, there had been a large turn around in staff, including nine players joining the squad in the latter stages of the January Transfer window. Most of these players arrived on short term deals, and have subsequently been released (or returned to their parent club). February had started well with back to back wins against Rangers and Motherwell, scoring seven and conceding one. From there, it went downhill. I feel that Cathro made a mistake by trying to change the team’s methodology mid-season, rather than tweaking the format and players. If he had done that, the performances and results may have been more consistent, and the negativity that he received from pundits (most notably ex-players) may not have been so severe. By bringing in the players he opened himself up to criticism as he (along with Director of Football, Craig Levein) was accused of changing a successful formula. In my opinion, he must have been given assurances that he would have at least until the end of the 2017-2018 season. He has tried to put his plans in place, with the players that were already there, and supplemented them with short term contracts and loanees. This didn’t work. However, by implementing the change mid season, the players that are there next season, will be well versed in the expectations and format, so it may have been a risk worth going through with.

This is why I feel, a complete pre-season, with a training camp in Ireland and pre-season fixtures in the build-up to the League Cup and the new Scottish Premiership season, will benefit Hearts for the forthcoming season. Especially as they will be playing the first six or so games away from home, due to the building of a new main stand. It was allow the team to gel as there will be a major overhaul of the playing squad. This has already started with the return of Scotland international Christophe Berra (as captain), National League striker Cole Stockton and Polish midfielder Rafal Grzelak. It is the start of a change of recruitment, with a British spine to the team, to show the work ethic and application that is required in the Scottish Leagues. The lack of this, was the reason for the poor second half of the season, where many of the foreign players often didn’t appear ‘up for the fight’. If Hearts can complement their early window signings with solid professionals and some more finesse, next season should be better than last. But they need to sign the players sooner rather than later, as they will need to hit the ground running in the SPFL, rather than completing the signings after the League season has started.

With the major overhaul of playing squad, along with the changes last season, a reset to the expectations of the club 3 years out of administration is needed. A top 6 finish next season is realistic and would be a steadying of the ship.  This would allow the players to bed in and Cathro to develop his philosophy and push on in the 2018-19 season. We will find out in the next ten weeks, before the transfer window shuts, whether the overhaul has been successful or not.