So 97 days after the sacking / resignation / relieving of position (delete as appropriate) of Gordon Strachan, Scotland have their new national manager. Or should I say an old… 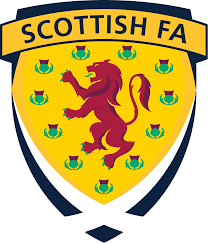 A Bit of a Meh Appointment

So 97 days after the sacking / resignation / relieving of position (delete as appropriate) of Gordon Strachan, Scotland have their new national manager. Or should I say an old manager returning to the fold. I was quite happy when Strachan left his position as manager, but I now feel that with hindsight (and the subsequent appointment), it may have been the wrong decision.

The process has been quite strange and elongated. I had hoped that Scotland could have enticed Northern Ireland manager Michael O’Neill across the Irish Sea, but they failed in that attempt and have now appointed what is at best their 3rd choice, and this is why I now don’t understand the removal of Strachan. The appointment of Alex McLeish is a backward step and appears to be about face saving.

Alex McLeish would not have been my choice for manager. I felt let down by him, when he jumped ship to Birmingham City the last time he was Scotland manager. Having completed the qualifying for 2008 European Championships, taking over from Walter Smith who had also left to return to club management, I felt that he only took the Scotland job because he was out of work and was using it as a means to get a club management job. I found this very disrespectful to the national team, as it should have been the pinnacle of his management career, but it looked like it was a means to an end. He may be saying the right things now, but even 10 years on, I feel very disappointed with his actions. The decision appears to also be rushed. Since O’Neill turned down the position (for less money than he was already earning), the Scottish Football Association (SFA) have been under pressure to appoint. The fact that they publicly coveted O’Neill, clearly highlighted that he was their 1st (and possibly) only choice. When they were rejected, everything seemed to reset. Scotland then went for two managers, one that haven’t worked in Europe for 2 ½ years, and the other who hasn’t been in management since 2011. I’m not saying that they shouldn’t be considered but it seems like it was a ‘jobs for the boys’ appointment by the SFA president who is a close friend of McLeish. The fact that the appointment was so soon after the resignation of Stewart Regan (1st February), who many blamed for the failure to land O’Neill as manager. With no competitive matches until next season, the urgency for a manager was not that great. It had taken close to 100 days, so a couple more months would not have been an issue. Scotland had already played the Netherlands since Strachan departed.

When you look at the record of McLeish, he hasn’t got a good win ratio. If you take his time at Rangers (I do think that if you manage either of Rangers and Celtic, your statistics are skewed positively) out of the equation, he only has a 39%-win percentage. Hardly a resounding endorsement.

I had hoped for a more enthusing appointment, even someone from left field, who would have given a new fresh approach. I am not one of those that advocates that the manager must be Scottish. A knowledge of British football, yes, whether that be British, European or beyond, but the nationality is not an issue. When you look at the foundations and shoots of success that Vern Cotter brought to the rugby team, experience is more vital than nationality.

I hope that McLeish is a success, and he will need to get off to a winning start to convince the many doubters in the Tartan Army, who like me, still remember his departure last time. He’s started in the right manner with his approach to James McFadden about a coaching role. Time will tell, and now the SFA only have the task of appointing a new chief executive. As for that I was disappointed to hear that Leanne Dempster had ruled herself out of the role. She would have been a breath of fresh air, who has done outstanding jobs at both Motherwell and Hibs. Who will the SFA now turn to? Going from the debacle of the managerial appointment, it wouldn’t surprise me if it is again ‘one of the boys’, I hope not, but……….