Another two new players have entered the bidding for the rights to Rugby Union coverage this year. Having had the monopoly on Rugby Union for many years, Sky Sports and… 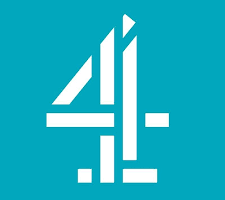 Another new kid on the Rugby coverage block?

Another two new players have entered the bidding for the rights to Rugby Union coverage this year.

Having had the monopoly on Rugby Union for many years, Sky Sports and BBC have lost out on coverage to a couple more events. While the loss of European rights was expected ever since the English and French clubs threatened to jump ship and set up their own competition with BT Sport as the TV provider, the loss of PRO-14 rugby to Premier Sports and now Channel 4 showing both Scotland and Wales international tours adds new players to the game. The question is whether Channel 4 plan to become a major player in Rugby Union coverage?

The Channel 4 sports portfolio is increasing, with the Paralympics, Formula 1 and the terrestrial (UK) coverage of European Champions Cup Rugby with a live match each matchday. They have shown their prowess with excellent Paralympic and F1 coverage, and now they are showing an interest in Rugby. It may not be too far-fetched to think that with the 6Nations TV deal up for renewal from 2022, they are testing the water for a bid. This would have seemed very unlikely a few years ago, but since the BBC gave up exclusivity for what is the crown jewel of the sport, to share the coverage with ITV it may not seem so unlikely.

By entering at the lower end of the spectrum, Channel 4 will be able to try out different things to develop smooth television coverage. The first game was probably not the one of the greatest test matches ever, with both teams fielding significantly weakened teams due to a variety of circumstances (that is for another day), but the next three weeks will hopefully provide a better watch for the viewing public. It is interesting that they have opted for the evening matches in the Americas, which will gauge their potential audience. With Amazon now entering the football rights business, getting FA Premiership matches (albeit the Christmas fixtures), this summer may be the start of a sea change in sporting rights in the UK.

Time will tell, whether Channel 4 opts to get more involved in Rugby and what the success that Premier Sports make of the Pro-14, but interesting times lie ahead.