So, nine weeks after the Scottish Cup Final, the Scottish Premierleague is back. Despite the fact that all the teams have been involved in competitive action for the last two… 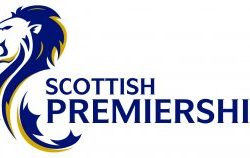 So, nine weeks after the Scottish Cup Final, the Scottish Premierleague is back. Despite the fact that all the teams have been involved in competitive action for the last two weeks, it is very hard to get a full idea of what is going to happen. The eight non-European qualifiers, have been playing in the League Cup league matches. While these may be seen as competitive, it is hard to say whether they are a good guide for the season, as most of the top-flight sides have not been playing all the players that will be involved this weekend. It has basically been a phoney war. I think a better gauge will be at the end of August after they have played at least four matches and will have the majority of their squad sorted. So, based on the squad lists as of today, I feel the top end of the table will end as follows:

I think Celtic will win the league quite comfortably. The only potential fly in the ointment may be Neil Lennon. Towards the end of his time at Hibs, he started to show signs of the instability that has always been present, and if things don’t start well for them, it may be this fragility that prevents them winning their eighth title in a row. If the Celtic of pre-Lennon turn up they will win again, but if the team that played towards the end of the season (including the Scottish Cup Final) it may be much closer.

Celtic have lost a few key players this Summer and have appeared to get the players that they wanted, which should have a positive effect on the team. Currently Kieran Tierney is still there, but similar to Rangers and Alfredo Morelos, they seem to be actively trying to sell him. If they do sell, they have already bought a ready-made replacement, so should Tierney go, the effect should be minimised. The other new signings seem to have a good pedigree, but as with any non-British signing (and quite a few from England), how quickly they settle may be a concern, having said that, Celtic still have enough quality and strength that they will win the title again.

Despite a stronger showing last season and some solid signings for the new season, Rangers are still short of the quality that Celtic have developed over the last few year (primarily from their Champions League money). They will hope that Celtic start the season the way they did last year and take the opportunity to put pressure on them from the start. This in conjunction with the Lennon effect, you never know! Unlike Celtic, their signings, while solid, do not have the same quality. They are predominantly from the lower league in England (similar to Aberdeen, Hibs and Hearts have done in recent windows). They have signed a couple of quality players from other SPFL teams, which will improve their squad depth, though they will be hoping to get the Greg Stewart that played for Kilmarnock, rather than Aberdeen. If they do lose Morelos (Gerrard seems keen with the ‘Bid Big, Bid Early’), they would need to sign another striker with the same eye for goal. While his absence through his suspensions did not impact detrimentally on Rangers goal scoring, his ability to score when others are struggling has been a major plus to Rangers. I think that Rangers will be closer to Aberdeen than to Celtic come May.

Derek McInnes has signed a new contract and gives Aberdeen much stability. Having been in the role for six years, this has given Aberdeen the chance to reinforce their position as the  third best team in the league. They have recruited well, and should consolidate third position. They have converted the loan of striker James Wilson to a permanent transfer and adding midfielders Craig Bryson and Funso Ofo, alongside fellow striker Curtis Main. This will compensate the loss of Graeme Shinnie and Gary Mackay-Stevens, and strengthen their attacking options. The one concern will be that Sam Cosgrove keeps up his run of form that he displayed during the second half of the season. That may be the only fly in the ointment, but the signing of Curtis Main will be seen as a back-up if Cosgrove’s form dissipates at any point of the season. Also if they lose Scott McKenna, they will need to find a strong SPFL ready centre half.

Paul Heckingbottom have made several moves in the lower leagues in England, splashing the cash to get his men. This is a level that he knows well, and they should be suited to Scotland, based on the knowledge that he has garnered.

My main concern for Hibs is the lack of options up front. They only have Kamberi, new signing Doidge and Oli Shaw. If they can remedy this, they may be able to push Aberdeen for third, but the loss of Martin Boyle again through injury until 2020 may impact in that ambition. They have also lost two of their best players (albeit they were on loan), in Marc McNulty and Stephane Omeonga. The loss of Omeonga, will be partially off-set by the acquisition of Scott Allan, who seems to seems to just fit with Hibs. They appear short in the depth of squad, with the replacements not having the quality that would allow for a smooth transition.

Hearts have not had the best League Cup campaign, but have qualified out of their group. They don’t seem to have played a consistency of selection throughout, and giving all the players’ game time. I feel that they will play with a  team similar to the one that started against Dundee United as they appear to have treated the remainder of the games as friendlies rather than competitive. There has been a few comings and goings, but not as many as in previous windows, with Connor Washington, Craig Halkett and Jamie Walker all arriving. Their big loss will be Arnaud Djoum, who they have not been able to replace. While this is a key area, they have many midfield options, but they all appear to be similar, so whether Craig Levein can change the game with them is open to debate. Hearts will also hope that Steven Naismith will stay clear of injury, as he is key to their attacking play. While I think they have a good balance to the team, they lack an out and out goal scorer. Against the lower league teams, they created enough chances, but only scored 6 goals. If they could manage to get a striker (or a couple of the players get into double figures), they may be in the mix with Aberdeen and Hibs for third place.

Last season it really was a story of two halves. The first half of the season, they were seen to be the proverbial industrial team, that relied on the strength of Curtis Main up front. Many thought that having reach two finals the previous year, Stephen Robinson had been worked out, being in 9th at the end of 2018. However, post the Winter Break, and Robinson being to a certain extent forced to play youths, the team transformed, playing with a positive approach and ambition which saw them just miss out on a Top 6 finish. They’ve lost some of their attacking options, and this may have a detrimental effect on them. Losing Jake Hastie to Rangers, and Chris Cadden to the USA, for only development fees will be a blow, along with the £3M + they would have received for David Turnbull. Robinson has wheeled and dealed in the English lower league, and without the resources of Rangers, they will not be as big a gamble if they don’t hit the road running. They have signed experienced pros, and with their League Cup results, seem to have bonded well quickly. A top 6 finish beckons for the Steelmen this year.

What will make August interesting, is that the Transfer Window for the top two leagues in England closes on 9th August, so these clubs will have their squads and also have players that are surplus to their first team and be available for transfer or loan. I think that this may be key in the final positions as many of the clubs have used the loan system very well in previous seasons.