The League Two clubs in England have voted to end their season using Points Per Game (PPG) , with relegation and promotion still to be confirmed, while League One are… 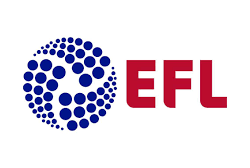 The League Two clubs in England have voted to end their season using Points Per Game (PPG) , with relegation and promotion still to be confirmed, while League One are still undecided on the way forward. While it is fully understandable that the clubs want to draw a line under the end of the season, now that the actual finish date (with the exception of the Play-offs) has passed, I think there is a fundamental flaw to use PPG to decide final positions if they are going to promote and relegate teams. If they did, it is at the bottom of the table that I see the major flaw, it would unfairly financially penalised them.

I have always been of the opinion that sporting seasons should either be finished, or declared null and void (N + V). If the season is declared N + V, while certain teams, would unfortunately be prevented from moving to the next level, at least the teams at the bottom would not be unfairly penalised by being financially hit, by playing at a lower level and the money that comes with it. If the N + V route was taken, no teams would be disadvantaged as at the start of the season no team was guaranteed of promotion, so no financial planning for future years would have been made. The teams at the top would however benefit from the prize money awarded on the position when the league was called N + V, so this would help bolster their funds for the next season.

Implementing the PPG criteria, I feel is fundamentally flawed. Predominantly, it is whether the teams will have played the same set of fixtures. While the home and way breakdown may be the same, the strength of the teams that they played  (or strength of schedule, as they say in American sports), may be different, which will skew the PPG. If a team has played more teams from the top of the table, they will have matches against the seasons weaker sides to play, which would potentially bring them more points than in the matches already played, thus unfairly punishing them. The converse is also true, with teams still to play the teams that after chasing automatic promotion and the play-off places.

The other issue I have about using PPG for promotion and relegation, is within the structure of the leagues. Similar to the pyramid structure in Scotland, there does not seem to be a joined up thinking regarding the system, with the tier 5 onwards having called their season with no promotion/relegation, it is surely only fair that the decision across the English football pyramid should be the same. Why should Barrow (4 points clear at the top of the National League miss out on the step up to League Two, and Stevenage stay in League Two, but Crewe can move up from League Two to League One. This is nothing against any of the sides, but I feel there needs to be a joined-up approach.

However, I would accept promotion from a division using PPG if the season in N + V, on one major basis. If the league above has been completed, as appears to be the desire of the Premier League (for TV broadcasting and financial reasons), and the league below (Championship) is unable to be completed, the teams from the Premier League should be relegated and the teams in the top 3 (or if Play-offs are a possibility, top 2 and PO) should replace them. While this is unfair due to the strength of schedule argument, it would be the fairest of the options available as the teams in the Premier League relegated, would not have been unfairly treated, as their season had been completed.