With the COVID pandemic changing the rugby seasons around the globe, with make weight competitions taking place in both Australia and New Zealand, it looks like there is going to… 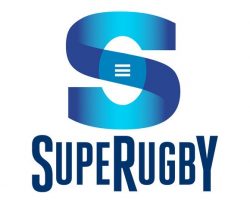 Is there a major change coming for Super Rugby

With the COVID pandemic changing the rugby seasons around the globe, with make weight competitions taking place in both Australia and New Zealand, it looks like there is going to be a major change to Southern Hemisphere rugby. New Zealand are planning a new competition starting as early as 2021, despite having an agreement to be part of Super Rugby until 2025.

While at the advent of the Super Rugby concept in 1995, it was instrumental in developing the professional club game in the Southern Hemisphere, I feel that it has lost its way recently, because it has not had a settled structure. It started as the Super 12 and progressively increased to 15, before involving non SANZAR clubs, when it reached 18. The 18 team format only lasted 2 years, when SA and Australia had to jettison teams taking it back to 15.

With the onset of the pandemic, Super Rugby Aotearoa and Super Rugby Australia were born, and its been largely successful, especially in New Zealand where the Blues had an attendance of over 33,000 against the Chiefs. This has made increased the desire of New Zealand Rugby to consider a change to their Professional rugby franchise approach. Mark Robson the NZ Rugby CEO wants a new direction, which would open up the opportunity of private equity involvement similar to what is happening with the 6 Nations, PRO-14 and the English Premiership. It appears their preference would be to align to Australia and the Pacific Nations (with the team being based in Hawaii) and develop an ANZAC style tournament. I can fully understand the premise behind this, as it would allow the development of the Pacific islands teams, and keep the time zones relatively similar, but my concern would be the limit that Robson wants to place on Australian participation.

This could be the  fly in the ointment for the new Pacific competition. New Zealand want to limit the number of Australian teams. NZ appears to want an eight team tournament, which would only allow two Australian teams. The Australians want at least four teams and would prefer the five they previously had in Super Rugby. I fully agree with the Australian outlook. NZ think that Australia do not have the strength in depth for the quality of teams, however, I see it as a chance for NZ to weaken a major competitor in terms of International Rugby. With NZ rugby having the five Super Rugby franchises, along with a highly structured and successful professional system below, limiting the number of Australian would reduce the pool of players available to their antipodean neighbours. Especially as Australia only allow players with over 60 caps to remain eligible to play for their national team if they are not based in their homeland. This is the main reason that Australia currently are not interested in even reading the document that NZ has developed.

If this plan is to come to fruition in some format, or the continued discussion (and disruption) it may be the excuse that South Africa are looking for to quit the Super Rugby tournament. With two SA teams already playing in the PRO-14, there has been talk about increasing their participation. While the travelling will be similar (flight times) to Super Rugby, SA are on the same time zone (give or take an hour) to Europe so are able to compete on a more level playing field, as the jet lag issue would be severely reduced. If NZ are deciding to play hard ball and break the 2025 agreement, SA at least already have a foot in the door of another competition.

Another issue I would have about NZ proposal of a Pacific team, is that it may just give NZ another team to select from for their International squad. Many of the Pacific Island teams are made up of players that have had an education in New Zealand, so have dual international opportunities. Students often move to NZ from the Pacific islands at the start of Secondary School, to stay with their extended family. This would then allow them to become eligible by the time they are Under 18 level. By incorporating another team, which incidentally is being led by former All Blacks (with Pacific Island origin), may just extend their potential player pool New Zealand have to chose from, while at the same time limiting Australia. This interpretation may be completely unfair on the new team, but as it is based in Hawaii and not one of the Pacific Islands, it does question the reasoning!

But there will be another couple of big losers! Argentina and Japan. Despite only having been involved since the 2016 season in Super Rugby, their participation has had a positive effect on the international teams, allowing their players to be involved in top level club competition. This has led to clubs playing with a greater number of international team mates, rather than their he squad being spread around the European leagues.So is Super Rugby on the verge of breaking up, before the 2025 agreement ends. Could NZ go it alone, in conjunction with a Pacific Island team? If they do, it may have a negative effect as they will only have a limited mix of game styles. Could Australia become isolated if they do not succumb to the NZ wishes? The only country I can see with a positive outcome could be SA. There has been many rumours about an increased PRO-14 involvement, and with their provincial tournament still going strong (Currie Cup), the current World Champions may be the biggest beneficiaries of the NZ plans.