Now that the Six Nations is done and dusted, the next international matches for the Northern Hemisphere players to be focussed on is the British and Irish Lions tour of… 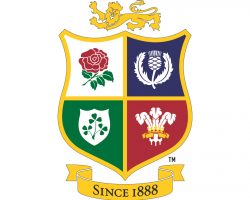 British and Irish Lions: Which Scottish players will go to South Africa

Now that the Six Nations is done and dusted, the next international matches for the Northern Hemisphere players to be focussed on is the British and Irish Lions tour of South Africa. With Warren Gatland selecting his squad of 36 on May 6th, which Scottish players will he be considering for the task of taking on the World Champions in their own backyard.

What has really put the cat amongst the pigeons is the form of Wales and the lack of form of England. Will Gatland go with the experience and the knowledge of he has of the players (both for Wales and the Lions) and what they will bring to the team, or go with the form players, though with Welsh players, that covers both bases.

Looking at the performances of Scotland. Despite the two losses at home (albeit narrowly) to Wales and Ireland, they showed their mettle with victories at the two grounds they have struggled at most. While against Wales, where Zander Fagerson’s red card had an influence, Wales had started to wrestle control, and may still have gone onto win from a 14 point deficit, against Ireland, Scotland came back from 14 points down to draw level, before losing out by a penalty at the death. The latter game shows that despite not playing to their best Scotland kept in the game, and took their chances. Much has been said that Ireland didn’t play well in that match, but neither did Scotland. Coming back from such a distance, even last year, would not have happened, but despite losing they showed that they won’t give up. This was similar to the game in Paris, where they doggedly stayed in the game, and this time they managed to get the victory. At Twickenham, Scotland were in control for most of the game, being error free for most of the game, and the players showed that they had the ability and mental strength to close out a game, which in the past may have passed them by.

Looking at the players, who is selected depends on how Gatland splits his squad. I don’t think that any of the players are definite starters. The only one that may likely start is Stuart Hogg. However, I think that Gatland may potentially go for Liam Williams. What might help Hogg is that he is playing for Exeter as the old adage of not being a winner in tight games can’t be thrown at him now, being a Premiership and European Cup winner. It has been said that he is suspect under a high ball, but he has improved on this, and I don’t think there is a better broken play running full back in the northern hemisphere.  I would expect him to go and, injury permitting, should start at 15 in the first test. For the rest of the squad, looking at the backs, I can only see a maximum of two others joining Hogg. I think that Duhan van der Merwe will go as a back-up, but won’t feature in the test match squad. He has the raw strength and power that will be needed for the midweek matches, but his flaw, as was exposed for the French try in the last round of Six Nations matches, is his defence. He has the physicality to deal with the SA players and also has the ability to score even in the tightest of spaces. The other player I really hope will go is Finn Russell. I just have a sneaky suspicion that Gatland won’t take him. I think he will take Jonny Sexton and Dan Biggar as his main players, and select Owen Farrell, because he can also play at second 5/8. This allows Gatland to potentially take another forward, as the test series may be won or lost in the pack. Much has been said that Russell is not a Gatland style player, as it does not fit in with the style of play he prefers (WarrenBall as it has been harshly labelled). Russell is similar in style to Gregor Townsend, who played 10 in both winning tests the last time the Lions won a series in SA. He can be a creative spark, but is also prone to mistakes, though playing in France, her has eliminated much of these moments. He is a player that can win you a game/series, but if he is trying too hard, can also lose it for you. I think he has become a more complete player since his move to Racing 92, and playing at that high level consistently, I would think it was a no-brainer to take him. I would have him at least in the 23 for the tests, as he has the ability to do the unforeseen, especially if the Lions are chasing a game. Whether Gatland thinks that way is another thing, I just hope that he is at least on the plane.

As for the forwards, the one player that should be on the plane is Hamish Watson, the Six Nations player of the tournament. The Edinburgh man has been the standout back row player along with Wales no 8 Taulupe Faletau. Whether he has a test place is hard to call as his position is the one place where the Lions have a wealth of riches. He will be vying with Tom Curry and Justin Tipuric, and his test position will depend on what Gatland wants in his back row.

An outside shot for the tour (and I would take him) would be Jamie Ritchie, who occupies the other side of the back row. I feel he grew throughout the Six Nations, and if it wasn’t for the sterling work of Watson, would have been spoken about as a contender. He outshone Watson in the first match after the Six Nations finished, being my Edinburgh man of the match against Racing 92. Despite Edinburgh being on the wrong end of a hammering, partially due to many of the players playing their fourth test level match in successive weekends, he was everywhere, defending outstandingly throughout. When you consider that any match against South Africa teams, will never be one sided, his ability to keep going should make him a potential tourist.

Before the Six Nations started, I felt that Scotland may provide a couple of props in Zander Fagurson and Rory Sutherland. Again whether they go will depend on whether Gatland goes with tried and tested or form. The English front row were not their usual solid self, so there may still be an opportunity. The one player that wasn’t involved that may be considered is Joe Marler, who would be invaluable to the Lions. However, he may decline the opportunity if the pandemic is still in full flow. He made the fully understandable decision to withdraw as it meant being away from his young family for eight weeks. As the tour is of similar length, this may influence whether he was willing to commit to that time away.

So potentially I think that seven Scotland players will be selected, though that be increased now that Scotland have two coaches on the staff. Gatland will always have the final say, but having Townsend and Steve Tandy, the Scotland defence coach on board, may through a surprise or two in the selection.

I will go for one outside selection, a bolter as they say. I think that Huw Jones, could be that player. His form had dropped off in 2019, but he has been involved in all the Scotland matches in 2021 and has looked impressive in these games. What might also be in his favour is his knowledge of the SA scene having played for Western Province in the Currie Cup and Stormers in Super Rugby. May be a long shot, but…..

We will find out on 6th May, the thoughts of the coaching team and Gatland in particular, as they build up for the first warm up match, the unusual one of a home game for the Lions at Murrayfield against Japan on 26thJune.