The Six Nations for Scotland has been the proverbial mixed bag. The hope of the first game and victory over England to the poor second half display against Wales, followed… 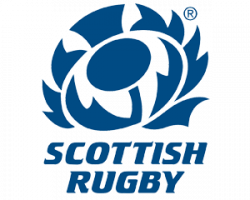 Regressed or Not Developed?

The Six Nations for Scotland has been the proverbial mixed bag. The hope of the first game and victory over England to the poor second half display against Wales, followed by defeat against grand slam winners France and victory over perennial wooden spooners Italy, finishing off with a performance against Ireland that summed up the whole Six Nations.

Tom English https://www.bbc.co.uk/sport/rugby-union/60820568 on his BBC review of Scotland in the Six Nations thought that Scotland had regressed over the past two years. I agree with most of this, but I would say that Scotland have not developed, rather than regressed, and I think there is a specific reason. If we look at this year’s Six Nations in isolation, I think that Scotland have not displayed their positive intent across the championship that they have previously, but this regression / lack of development is partly down to what happened during the Summer.

The Grand Slams of 1984 and 1990, followed British and Irish Lions tours to New Zealand and Australia. The Scottish players have said that they came back from these tours realising that they were as good as the players from the other home nations. This reinvigorated them and led to Scotland achieving the pinnacle of Northern Hemisphere rugby for two of the only three times in Scottish Rugby history.

While that was during the amateur era, and the coaches for these tours were Scottish, I feel that having the Scottish coaches involved in the 2021 tour was to the detriment of Scotland in the Six Nations. Whereas in 1983 and 1989, the players and coaches were amateur, and the plays and structures would be very similar across the world, in the professional era, teams and their coaches are continually changing and progressing, to meet the new challenges. I just get the feeling that Gregor Townsend (attack coach) and Steve Tandy (defence), have not adjusted and developed their structures tangentially from the ones they coached in South Africa. With the players being more professional, they will have taking on board this knowledge and passing it onto their national coaches (which I would expect). With the two key areas (attack and defence) coming from one nation, it has been to the detriment of Scotland. When you add in that the other countries had more technical roles with Wales’s Neil Jenkins (kicking) and Leinster’s Robbie McBryde (scrum) being involved, it is quite feasible that the unions that employ them will have gleaned information, that would allow them to nullify the Scottish attack and breach their defence.

While I was not completely convinced about Townsend’s appointment in 2017, as I felt that Scotland needed a more experienced coach (not just one major league team), and the subsequent performance in the 2019 Rugby World Cup, I do feel that the coaching team should be allowed to go through to the RWC 2023 in France.

This means that the remainder of this year is crucial for Scotland, as they have the proverbial group of death with South Africa and Ireland, and if they get out the group, it should be hosts France, or world number 1, New Zealand in the semi-final. This year has a three-test summer tour to Argentina, which will hopefully allow the attack and defence to reset in preparation for RWC 2023. Along with the Autumn Internationals (tbc), it will hopefully set Scotland up for the Six Nations and RWC. With three home fixtures, I would expect them to win them, with the Irish game being the most crucial as they play each other in Paris on 7th October in their final group game.

If Scotland use the tour and autumn series well, I hope that the blip caused by the tour to South Africa, will be forgotten and the team start developing again above their 7th place ranking.